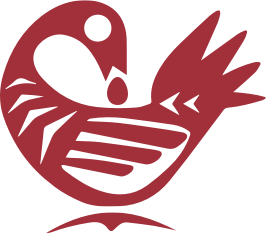 “ Juneteenth”  The Independence Day of Freedom  of African American in the United States, commemorates  June 19th  1865 as the day of the  abolition of slavery in Texas, or  more generally the emancipation of  enslaved African throughout the former Confederate States of America, aside from  Native American lands. The state of Texas was the most remote of the slave States, and the emancipation proclamation of January 1, 1863, was not enforced in Texas until after the confederacy collapsed and the last enslaved Africans were made aware that emancipation proclamation had been signed and the ending of slavery was a reality. The pronouncement had a ripple effects the Africans peoples that continues today.

That undulation effect runs through the African Diaspora even today, triggering a great migration to “The land of milk and honey where the streets are paved with gold”.

Enslaved Africans have survive this holocaust and build a great country, “the United States of America”. How can we continue to build on such resilience, weather we as people come from United States, South America, the Caribbean, or the continent Africa, we have migrated here based on the struggle and suffering of the African American journey.

With this understanding the Philadelphia Juneteenth Family Inc. is collaborating with The African Cultural Alliance of North America Inc. (ACANA) and Africa Town project presents “The Juneteenth African World Music and Dance Festival” designed to create a unifying environment through the hosting of African world musical festival with a universal theme of love through the arts, recognizing that we are one and must unify to conquer.

The goal is to present three headlining musical artists representing the three epic centers of our cultures:  Caribbean, the continent of Africa and the African diaspora in United States. This will also include host of local talent, vendors’ African diaspora cuisine.

This our message of unity and an invitation to the World.

So with that understanding come join us and Get on Board This Love Train.